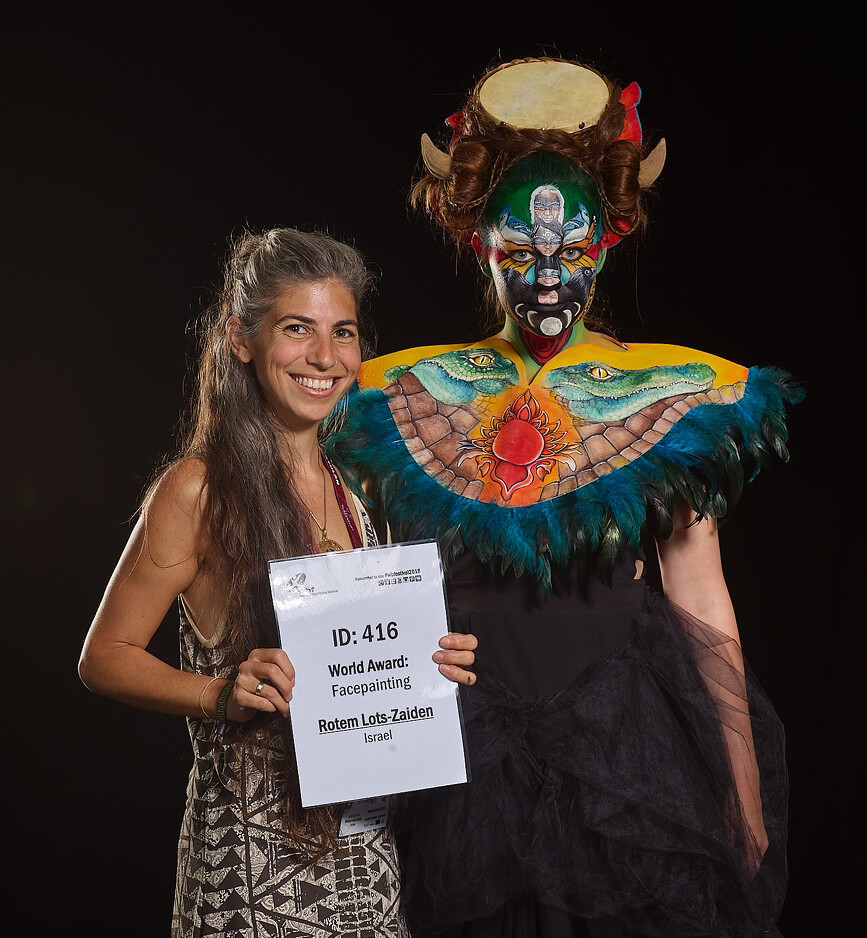 Rotem Lots Zaiden is a multidisciplinary artist who specializes in Fine-Art bodypainting.
She is a painter,  scuplturer, props and costumes designer, puppeteer, illustrator,
graphic designer, makeup artist and a bodypainter, and a singer.
Rotem supports women during pregnancy and birth (Doula)
and She has a BA in social science focusing on management, from the Open University,
Israel.

Rotem has been creating all her life and developed a unique artistic style which drives inspiration from nature, shamanism and fantasy.
She creates ‘Shamanic Totem Paintings’ which holds a specific blessing/intention/energy and are combined in a bodypainting or a belly-painting to embed the message they hold.
Since 2008 she started bodypainting and have participated in many festivals and competitions in Israel and in Europe, and won several awards for her art including:

She is teaching Fine-Art Bodypainting and other art classes in professional workshops for painters and for makeup artists.